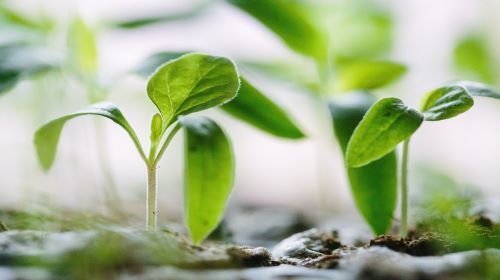 The Northern Ireland Department of Agriculture, Environment and Rural Affairs (DAERA) is providing advice on soil health due to the continued impact of increasing agricultural costs. Farmers have been experiencing growing fuel, seed, and fertiliser costs since last year, which are now being heightened further. DAERA is encouraging farmers to understand their soils, including undertaking a visual assessment of their soils, to better reduce unnecessary costs and losses, especially in nutrients.

Soil scientists discuss their latest review of soil animals’ eating processes and why this is important in a recent Global Soil Biodiversity Blog Dr Anton Proponov and Dr Olaf Schmidt explain that different soil animals such as segmented worms and molluscs change soil composition through eating. Understanding these soil food webs will help us assess how soils change as a result of climate change.

According to a study, eating insects can help food security and soil health. A researcher at Wageningen University has found that Insects require fewer resources to be produced as food, increasing food security. Insect-waste products can also help improve soils through their faeces being rich in nitrogen, which is important for crop production.

Scientists have found that there are many viruses in the soil, but vary according to different climates. A study by the Pacific Northwest National Laboratory analysed soil in three different locations in the US and came across a number of microbes that hold viruses. Climates that are drier held more diverse, but fewer microbes compared to wetter climates, as the virus seeks to keep the host alive.

A global campaign to save soil has been launched, encouraging governments across the world to implement policies that will increase soil organic matter. Campaign leader Sadhguru, an Indian yoga guru, is on a 30,000km motorcycle journey across 27 nations, involving him meeting national leaders, to raise awareness of the need to save soils.

Garden Organic gives advice on planting seeds this Spring and highlights the important role of soil. As part of Wicked Leeks ‘Grow your Own’ series, Garden Organic suggests no need for highly fertilised soils for planting but recommends firming down the soil to prevent air pockets and dampening it, in order for plants to grow.