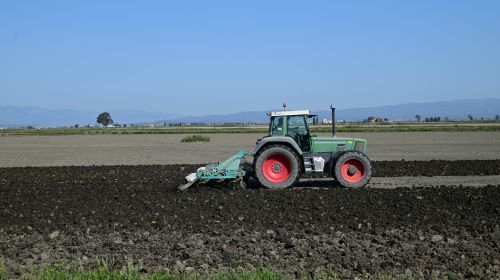 Banning peat-soil use in retail by 2024 is too late, according to new research by the Wildlife Trusts. The Trusts state that a 2024 ban on the extraction of peat soils risks 1.5million tonnes of CO2 entering the atmosphere, with nine-hundred thousand cubic metres of peat extracted from UK soils in 2020 alone. This comes in response to a current government consultation on a potential ban on the sale of peat in 2024, with the Trusts calling for an immediate ban on the sale of peat.

Concerns have been raised over a lack of soil specialists and assessments for building developments. The Institute for Environmental Management and Assessment has released a report highlighting a lack of soil specialists advising major global construction and infrastructure projects. It also argues soil assessments for new developments should consider natural capital and ecosystem functions of soil, not just quantify and financially compensate for impacts on agricultural soils.

New research finds several co-benefits from improving soil management by 2030 and identifies key barriers to bringing this about. The Institute for Global Food Safety, at Queens University in Belfast, highlights that developed natural capital, climate change mitigation, and greater performance in animal and human health, are all potential benefits of improving soil management across agriculture. However, knowledge-exchange of agri-environmental techniques remains a barrier to these improvements.

A study of birch trees and microplastics concludes that birch trees offer a potential solution to soil plastic pollution. Microplastics that were put into soils close to birch tree saplings were found by the study to become incorporated by the roots of the trees over a five-month growing period. The study suggests the possibility of birch trees being a means to remediate soil with microplastic contamination.

The interaction between soils and plant roots could result in a new definition for soils, a new study considers. Roots contribute to the formation of soil, and as a result, roots are not just ‘in soil’ but also ‘of’ soil. This has prompted the study to consider adding the role of roots in soil formation as a new definition of soil.

A new book, the Encyclopaedia of Plant Bioindicators, has prompted a project to look at what weeds could tell us about soil. Together, the Centre for Agroecology, Water and Resilience (CAWR), the Organic Research Centre, and the Landworkers’ Alliance, have found that plant bioindicators, plants that are proxies for ecosystem conditions like weeds, can indicate soil health. They argue plant bioindicators work alongside other agroecological tools in assessing farms, soils and plants.

A knitwear designer seeks to encourage the fashion industry to support soil health through sourcing raw materials from regenerative farming. Katie Allen, the owner of Loopy Ewes fashion, has launched an award-winning ‘soil-to-soil’ knitwear. She hopes to inspire the wider fashion industry to follow suit in supporting soil health through using raw materials, such as wool, from regenerative farms.