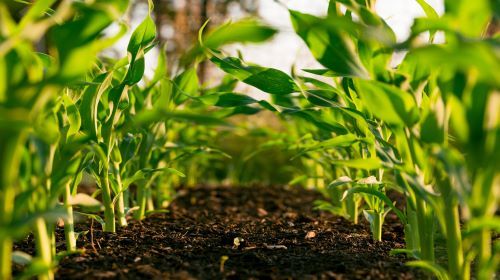 Applications for the Landscape Recovery Scheme are now open. It will provide payments for large-scale landscape projects such as restoring rivers, recovering threatened native species, and creating woodlands, many of which will impact soil. This is the final of three schemes that are part of the Environmental Land Management schemes (ELMs), England’s post-Brexit agricultural incentivisation scheme.

To further research into soil and other means for agriculture to tackle climate change, a UK Agriculture Partnership has been launched. Defra Secretary of State George Eustice introduced the partnership at the Royal Agricultural University, stating its focus as being ‘ways to enrich the soils and reduce the environmental impacts of agriculture’. The partnership will include academics, levy-bodies, industry-bodies, agricultural universities and others involved in UK agriculture.

Julie James MS, the Welsh Government minister for Climate Change, has given evidence to the Welsh Select Committee on the impact of climate change on family farms in Wales and the use of farm soils for corporate carbon offsetting. She stated, though the Welsh government is robust on avoiding, through the Glastir Woodland Creation Scheme, subsidising multinational corporations’ purchasing of Welsh farms for carbon offsetting, a ‘capitalist society’ means it is not unavoidable.

New research conducted by Rothamsted Research highlights the potential impact of climate change on agricultural soils and river water quality. The study found that during one of the wettest winters in the UK (2019/20), the amount of soil washed off into the River Taw from arable fields on a farm in Devon increased twenty-fold.

The Soil Association has released a new report on regenerative forestry, highlighting the importance of soils under forests and the environmental and economic opportunities in improving UK forests. According to the report, 75% of forest carbon is stored in UK forest soils. It encourages the expansion of forests, from a current 13% of land to the Climate Change Commission’s recommendation of at least 19%. Regenerative forestry is expected to reduce soil disturbance across forests.

In Australia, steps are being taken to boost soil science. The Australian government has announced £1.5million for eight new Regional Soil Coordinators, who will help farmers and land managers improve soil management and productivity. They will support the existing £7.3million Soil Extension Activities grants programme that covers over 200 different activities for improving soil health. This sits alongside an already announced £1million for Soil Science Australia (the national body for soil science and training).

A study in Sweden examines the relationship between the size of farm machinery, soil quality and farmers’ income. Less compacted soils from farming were found to provide society with greater environmental and economic goods. It was concluded that through interventions such as higher food prices or making farmers pay for environmental costs of using big machinery, the maximum profits farmers could make would better align with the need to use smaller farm machinery to reduce soil compaction.

Soil is found to be the main source of methane emissions from dead standing trees in freshwater wetlands. Research by the North Carolina State University found that there is often a high concentration of methane after initial decay in dead standing trees (known as snags), with the methane mainly originating from deep wetland soils, and is emitted as it reacts to oxygen during its journey through the stems of the tree.