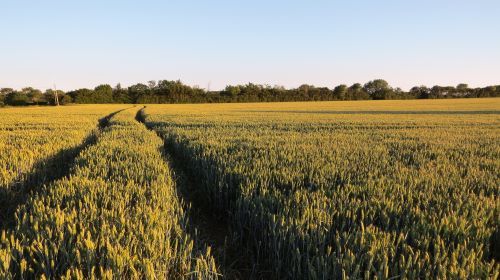 The Government Food Strategy was published this week, focusing on boosting growth in the agri-food sector, reducing greenhouse gas emissions and the environmental impacts of the food system. Plans to publish a land use framework by 2023, streamline mandatory reporting on sustainability metrics, and increase investment in carbon innovation will all impact the drive to sustainable soils. The Strategy however, has been criticised, including by Henry Dimbleby, who drew up the National Food Strategy that the government’s strategy aimed to respond to. Dimbley argued the government implemented 50% of what he recommended and the strategy was not detailed enough to be called a strategy.

Feeding Britain is a new report published by the Sustainable Food Trust modelling what a UK transition to sustainable and regenerative farming practices would look like. The report suggests that a key principle of the transition would be the use of biological processes to improve soil fertility, and ending the use of pesticides and synthetic fertilisers. A two day conference at Fir Farm this week discussed the report's findings. Minette Batters, the NFU President, was a keynote speaker at the conference and urged for a clear soil health and carbon metric to provide a standardised measure across farming.

A £31.5million research project is paying farmers to bury charcoal under woodland and farmland to improve soil health and increase carbon sequestration. The project involves burying up to 200 tonnes of biochar to understand its impact on soils and their sequestering of carbon. Other practices are being undertaken alongside biochar, with the aim of improving soil carbon sequestration, such as using rock dust and tree planting.

The Nestlée Wheat Plan has been launched in the UK, encouraging more regenerative farming practices in wheat and cereal production. Farmers will receive training and support to reduce pesticide use and carbon emissions while improving soil organic matter and biodiversity. It hopes to reduce the environmental impact of its wheat production, and help mitigate flooding, climate change, and improve water and air quality.

Guy Singh Watson, founder of the Riverford Organic Farmers, a seasonal vegetable box company, argues in Wicked Leeks that weeds can be good for soils. Watson highlights that weeds around trees in areas where water is scarce can provide cover and shade to soils, preventing them from eroding and reducing the impact of high temperatures.