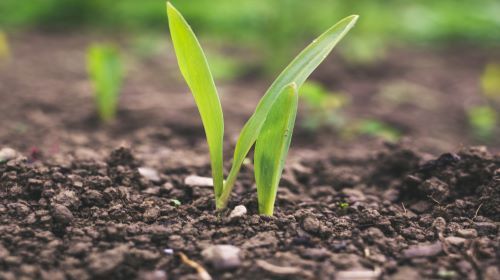 Spikes in fertiliser prices following the current conflict in Ukraine have prompted increased attention to soil health and moves towards regenerative agriculture. With the cost of fertiliser having increased heavily over the last couple of weeks, reaching up to £1,000 per tonne, more farmers are seeking alternatives. This includes practices such as cover cropping to improve soil health.

Defra has launched a consultation on its new Environmental Targets, which are a key part of the Environment Act 2021. They focus on air and water quality, and waste. Soils are noted in the targets concerning reducing residual waste which ends up in soils. Soil health is  also considered in the need for decreases in the agricultural use of nitrogen, phosphorus and sediment, which can lead to loss of valuable soil.

A report by the Nature-Friendly Farming Network (NFFN), PAN-UK and the RSPB highlights that Red Tractor Standards provide limited protection to soils. The farmers surveyed were asked the extent to which the Standards encouraged reduced pesticide use and responses highlighted that techniques to protect soils such as crop rotations were not heavily enforced by the Standards.

Sustain has published a new report mapping food supply chains in East Sussex and Lancashire. The report shows that farmers often want to produce and sell food locally, however, local food infrastructure such as processing and packing facilities is limited and is a major obstacle to farmers selling locally.

New research finds that communities of cyanobacteria, fungi, and lichen that group together to form soil crusts on the surface of soils reduce the likelihood of soils being eroded or lost since they cover it and are bound together. However, they are at risk from climate change as extreme weather is likely to limit their elasticity.

An article in Forbes discusses how technology can support the expansion of regenerative agriculture. Agriculture contributes large amounts of emissions including from soil cultivation, but practices such as cover crops and reduced tillage offer a means to improve soil health and limit emissions. New  agricultural platforms, sometimes known as precision agriculture, are allowing farmers to do these practices on a field-by-field basis, while maintaining their incomes.